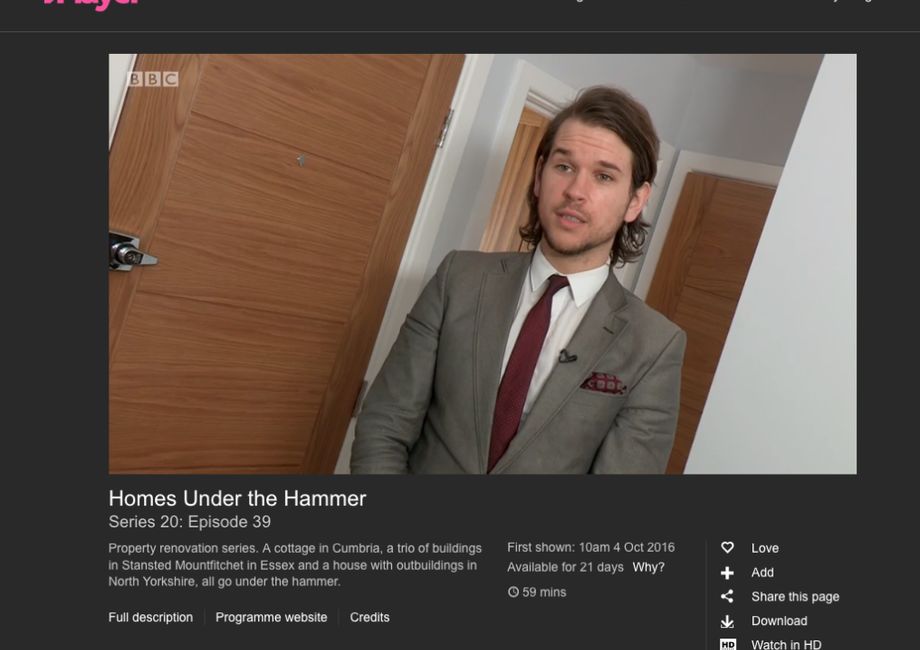 A trio of buildings in Stansted got the stamp of approval from Homes Under the Hammer when they went to auction in a recent episode of this popular property series. The three buildings situated in Woodfield Terrace, Stansted – all with B1 business usage, comprised of a brick building in a conservation area, a wooden structure and a detached two-storey building, which the presenter, Lucy Alexander suggested could all be made into a private dwellings. It went to auction with a guide price of £175,000.

Local property developers Paul and his wife Heather bought the properties at auction for £190,000, they purchased the properties because they were an interesting proposition and they were local. Over a period of three years this property duo invested £415,000 creating two, one bedroom flats, a two bedroom bungalow as well as a brick dwelling which was still under construction during filming.

Daniel Gardener from Intercounty Stansted was invited to value their acquisition, and accumulatively the three dwellings (if all went well with the brick building) were estimated as having a value of £915,000, leaving this savvy couple with a healthy pre-tax profit.

If you are thinking about becoming a property developer or would like to find out more about properties ripe for development why not pop into your local branch of Intercounty or call our team on: 01279 655248.

Source and photo source: Homes Under the Hammer http://www.bbc.co.uk/iplayer/episode/b07yb8jg/homes-under-the-hammer-series-20-episode-39