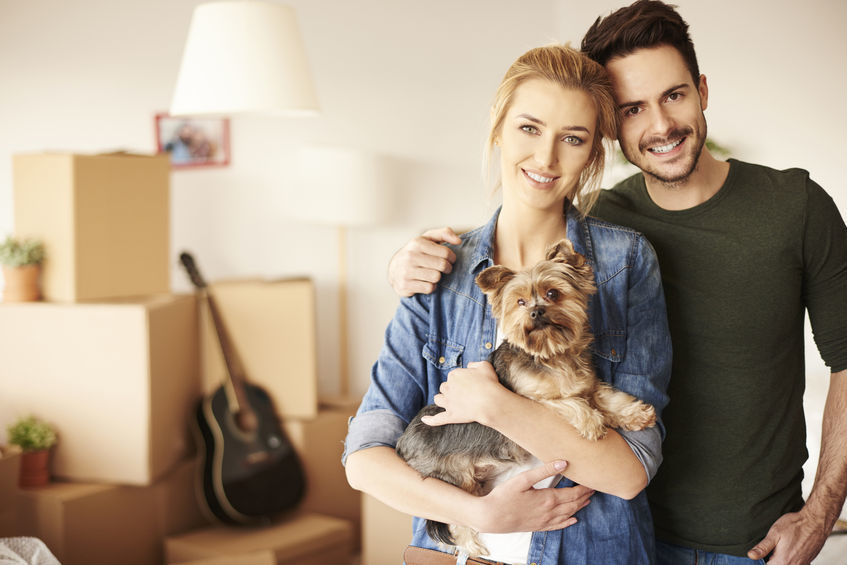 According to a report by Lloyds banks second steppers are finding it easier to move up because of equity in their first time home, which has reduced the funding gap to an average of £20,000.

Their research has shown that the gap between their current home and their ideal home is around £126,000, however with the average equity at £105,068, has meant after the sale of their home they only have to add an extra 17% or £21,005 to their existing mortgage in order to make the move up the ladder.

Equity in homes over the past four years has quadrupled from just £23,643 to £105,068, this is roughly 32% of the average price of a typical three bedroom home.

Other factors that have also made it easier for second steppers are the record low mortgage deals and rates.

However the report also showed that although second time buyers feel their situation has improved over the past year, they feel that it will be harder to sell their current property.

Andrew Mason, Lloyds Bank Mortgage Director, stated: “Second steppers are yesterday’s first-time buyers and the conditions to help them climb to the next rung on the property ladder are better than they’ve been for over four years.

Second steppers are telling us that finding the right property can be tough, and because of that, they’re delaying their move. However, if too many second steppers hold out for a long time for their ‘dream home’ this could reduce the availability of homes for first-time buyers and slow the market.”